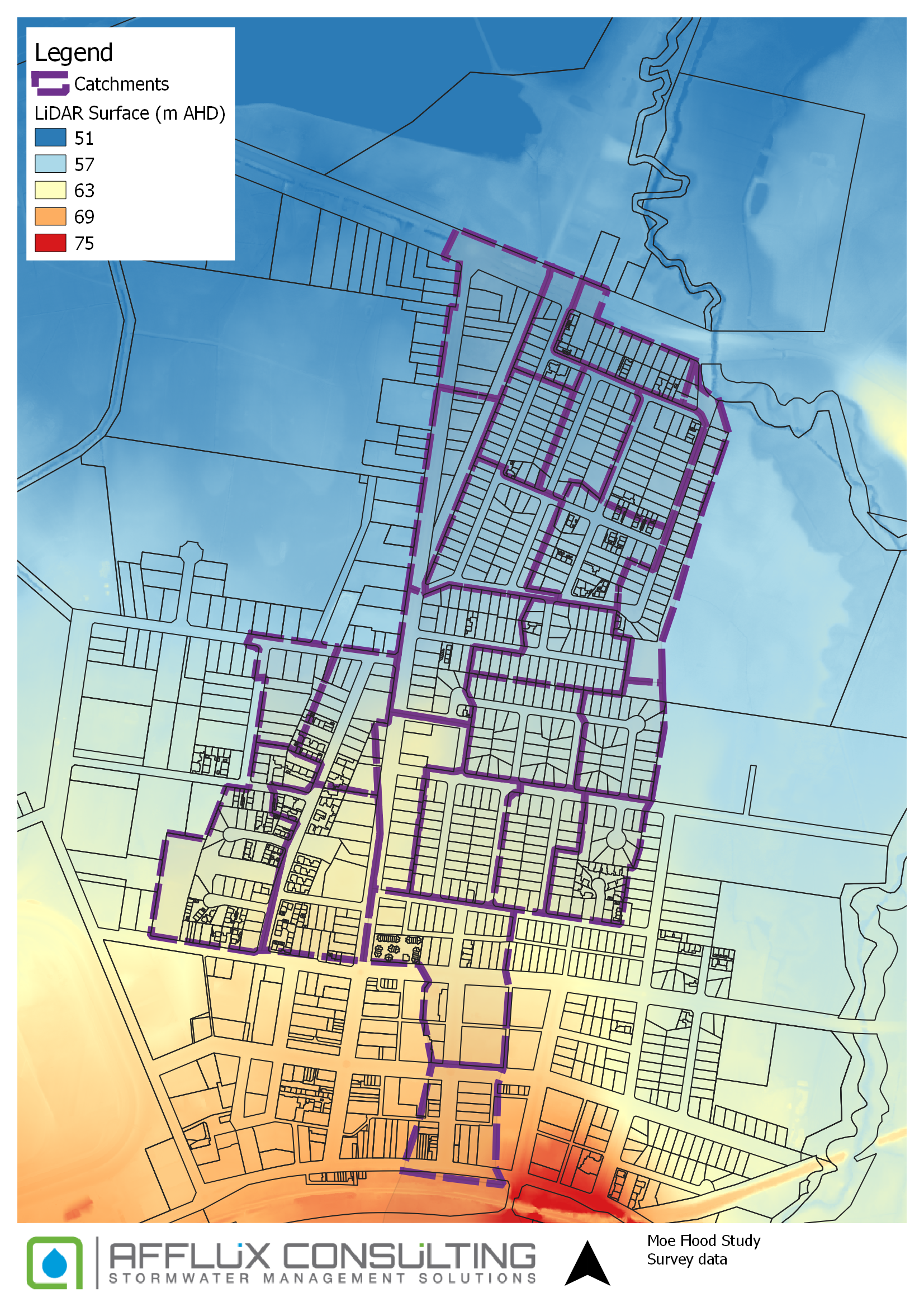 Afflux Consulting was engaged by Latrobe City Council to prepare a flood investigation as a response to known flooding at the intersection of Austin Ave and Hunter St, Moe. The aim of this investigation is to understand flooding mechanisms around Austin Avenue and offer cost-effective solution to benefit the community.

Localised flooding in the area due to flatness and insufficient driving hydraulic head in the pipe network to drain the site. This became the limiting constraint to options analysis as the project progressed.

Tailwater impacts from Latrobe River was included in the various models run.

The modelling has showed that flood depths of up to 0.52m could be expected in a 1% AEP in key flood areas. Several other flood prone areas had also been flagged with Council.

The mitigation analysis for the site has showed that significant infrastructure is required for low to medium reduction in flood depths. It is likely that a new outfall with 2 x 1200mm dia pipes will be needed to drain localised flooding and decision was left to Council to determine if this is feasible in their budget.